You live in Budapest (Hungary) and/or do you want to study Ottoman and Turkish Studies at the Central European University. 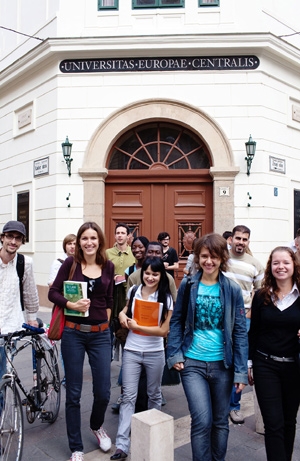 ıIf you are interested in exploring the Ottoman Empire and its legacies in the Central Europe, Balkans and the Eastern Mediterranean, the Department of Medieval Studies and the Department of History at Central European University in Budapest announce the new concentration in Ottoman and Turkish Studies that supplies students with an excellent occasion to discover novel perspectives on the Ottoman past and formulate new research questions.

The Goal of the Ottoman and Turkish Studies are:

Central European University offers a unique and exciting combination of courses in Ottoman languages and history, an expertise of scholars in a variety of related fields, and proximity to premier research archives and libraries that house Ottoman collections (e.g,, in Budapest, Vienna, Sofia, Sarajevo, etc.). Administered by means of the Departments of Medieval Studies and History, Ottoman and Turkish Studies at CEU come close to a wide range of courses in early Islamic, Byzantine, Renaissance European, Habsburg, Russian, modern Balkan and Middle Eastern history which highlight the Departments’ particular strength in comparative history of empires from the medieval to modern eras.

The University  currently provides students with opportunity to study modern and Ottoman Turkish, Arabic, Ancient Greek, Serbian, Latin and Classical Hebrew. This broad framework that conceives of the Ottoman Empire as an imperial system composed of mutiple regional units with their cultural and linguistic specificities that were in a productive dialogue with, and in many ways, defined the imperial center is also reflected in the courses offered by CEU's faculty.

This Service is provided by Academia Linguae (Learn Latin, Frankfurt, Germany) and his partner Turkish Language Center (Learn Turkish, Izmir, Turkey) If we have missed your University or Faculty, Student Association just send us an email and we will be happy to put them online. We will response to all email within 48 hours..

At TLC in Izmir we want you to have fun, make friends and learn about life in the Turkey as well as learn the Turkish language. This is why we help you to meet people both in and out of lessons